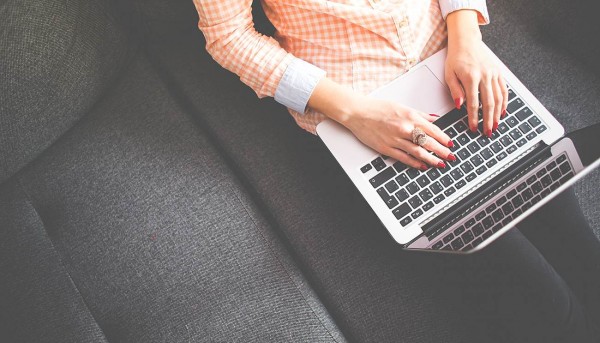 Native Talent’s very own Rebecca Hastings has spoken on BBC Radio Scotland’s Good Morning show about women and their under representation in technology. As well as being Head of Digital at Native, Rebecca is also a leader within Girl Geek Scotland, a community for women in the technology and digital sectors.

The discussion opened with Caroline Howard, editor of Forbes’ list of the World’s 100 Most Powerful Women. One issue that the article highlights is the ease of creating such a list in the first place. If the world’s most powerful women can be ranked so succinctly, does it mean that there’s not enough women in powerful and influential positions? Caroline answered yes and no; there are not enough women who are the ‘top dogs’ in businesses; women who are self-made entrepreneurs or earning anything similar to some of the well-known big tech bosses, Mark Zuckerberg for example.

However, women like Sheryl Sandberg, the COO of Facebook, have extraordinary influence and impact, proving that women don’t have to be at the very top of the pyramid to be powerful. This is a running theme for this year’s Forbes list, with women such as Nemat Shafik, deputy Governor of the Bank of England, also making the Top 100.

Rebecca then went on to talk about attracting and promoting women within the technology sector. There are several reasons why fewer women than men enter the industry, such as low uptake of STEM subjects at high school leading to a lack of females going on to study these subjects at university. However, women don’t have to have chosen STEM subjects; there are many women in the technology industry who have transferred from a variety of other sectors such as finance, theatre, journalism, health and fashion.

Rebecca explained that technology careers are not marketed particularly well at school or graduate level.  Many people perceive working in the technology industry means simply coding. They’re not aware of the breadth of job opportunities available in areas like product management, digital marketing and user experience: creative and stimulating roles where a computing degree is not a pre-requisite.

Most companies are actively trying to attract women throughout the ranks and make appointments at board level to boost diversity.   It is widely recognised that women have a lot to offer, with many breathing life and innovation into companies at executive level, but there is still much that can be done.

Are you a female in the tech industry? Join in the conversation by tweeting us @NativeTalentUK or joining the discussion on our LinkedIn group, Native Talent – Digital Leaders Network.

Something here worth discussing? You’re always welcome to get in touch with us for a chat.

There’s More Where That Came From...

Keep up to date with our newsletter